As America’s longest running professional tuba euphonium quartet, Alchemy was formed in 1976 as the Atlantic Tuba Quartet, and forty years later the group continues to bring their unique arrangements and classic approach to a new generation of audiences.  The group was founded by, and has always included, members of the United States Coast Guard Band, one of our nation’s five premiere service bands, stationed in New London, Connecticut. Current members Danny Vinson (Instructor of Euphonium, University of Houston), James Jackson (Principal Euphonium, U.S. Coast Guard Band), Gary Buttery (Principal Tuba, U.S. Coast Guard Band, retired) and Joanna Ross Hersey (Professor of Tuba and Euphonium, UNC Pembroke), celebrate twenty years of playing in the group together this year as well, the same four have made up the Alchemy membership together since 1996. Inventive programming and a steady supply of new works from founding member and composer Gary Buttery, along with other composers, infect their performances with life and brilliancy, what one reviewer described as “a musical fabric of pure gold.” 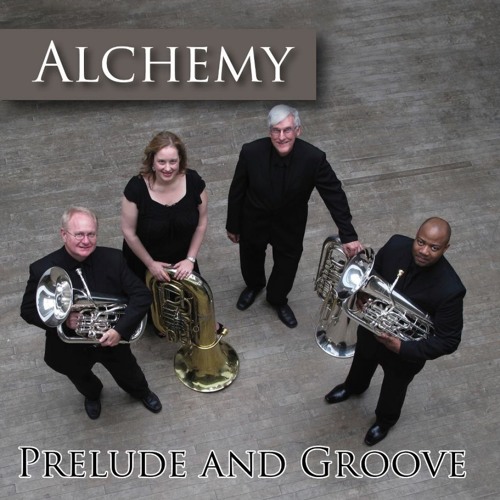 Alchemy has performed at the Midwest Band and Orchestra Clinic, and many ITEA and Army Band conferences over the years, including the 2012 conference in Linz, Austria, where the group performed two recitals, including a performance on the banks of the Danube River as part of the Fest der Natur celebration.  In addition to the landmark 1978 record Euphonic Sounds (featuring founding members Dave Werden, Dave Chaput, Gary Buttery and Dennis Winter), Alchemy has released two compact discs, Village Dances (1997) and Prelude and Groove (2012).   Alchemy regularly performs recitals across the country, and is in residence each February at the Horn-Tuba Workshop, held in Jever, Germany, and the group presents masterclasses and recitals across Northern Germany in conjunction with the workshop each year.  The group will celebrate their 40th anniversary in 2016 with a third CD release, featuring commissions and new works composed for the ensemble.

Visit the Recordings section to listen to our latest album, Prelude and Groove. 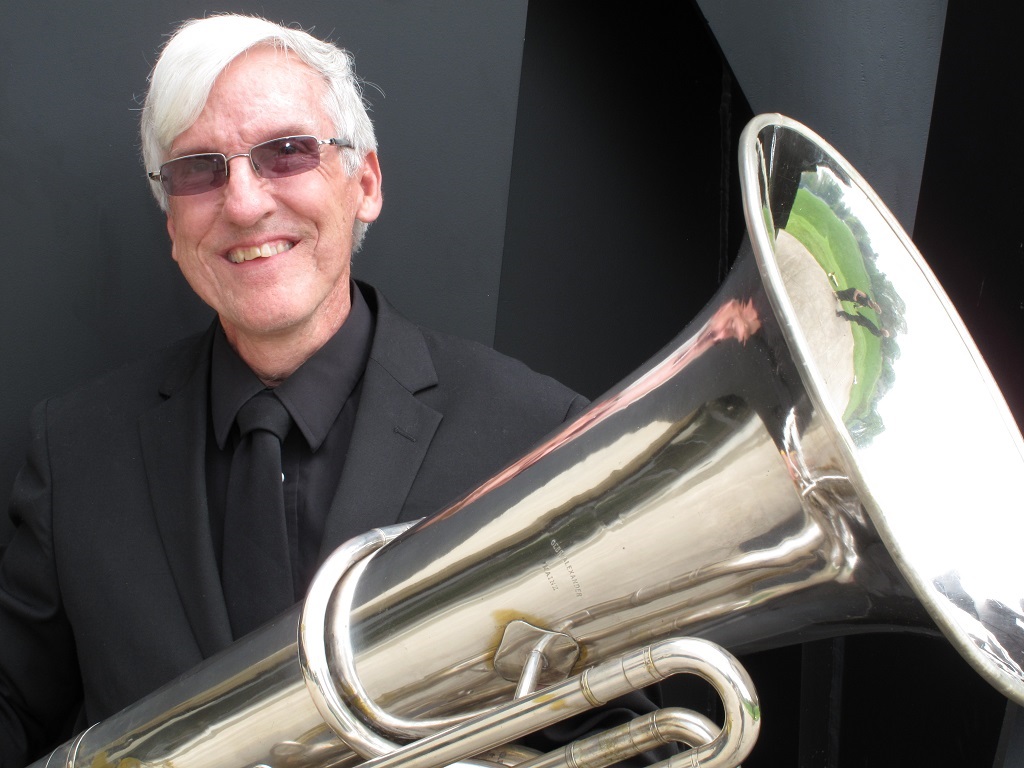 Gary has appeared throughout the U.S., Canada, Italy, Russia, and Germany as a soloist and clinician. Formerly the principal tubist in the United States Coast Guard Band, he is published by Theodore Presser and Cimarron Music. Presently, he is a member of Alchemy (tuba-euphonium quartet), Finest Kind, and the Boston Festival Orchestra. Recent examples of his eclectic solo venues have included the University of Northern Colorado Tuba Symposium (Oct 2004), 12th century churches and North German Brass Workshop in Bremen, Oldenburg, and Jever (Feb 2005), and the Sea Music Festival at Mystic Seaport (June 2005). Founder of URI’s Traditional Jazz Band, specializing in American jazz and dance music of the early 20th and recording artist who has studied with leading tuba artists Roger Bobo, Don Harry, Gene Pokorny, Jack Robinson and Dan Perantoni.

He has performed with the Nebraska Wind Symphony, San Carlo Opera Orchestra, Long Beach Symphony, the NBC Orchestra (Johnny Carson Show), and US Coast Guard Band, and has had numerous tuba works written for him, including Roger Kellaway’s ‘Arcades I for Tuba and Piano’, George Heussenstamm’s ‘Dialogues for Alto Saxophone and Tuba’, Allen Blank’s ‘Divertimento for Tuba and Band’, Vaclav Nelhybel’s ‘Concerto for Tuba’, Arthur Kreiger’s ‘Double Knot’, and Eliane Aberdam’s ‘Tziltzulim’.
Besides his duties at URI, Mr. Buttery is Director of Bands and Low Brass Instructor at Connecticut College, Music Consultant at Brown University, and directs the annual TubaChristmas events in both Connecticut and Rhode Island. Both of his most recent compositions,’Yves Tanguy – Images In Sound’, based on the works of the French/American Surrealist painter, Yves Tanguy, and ‘Journeys’, a tuba-euphonium quartet tone poem, will be performed at URI in October 2006. 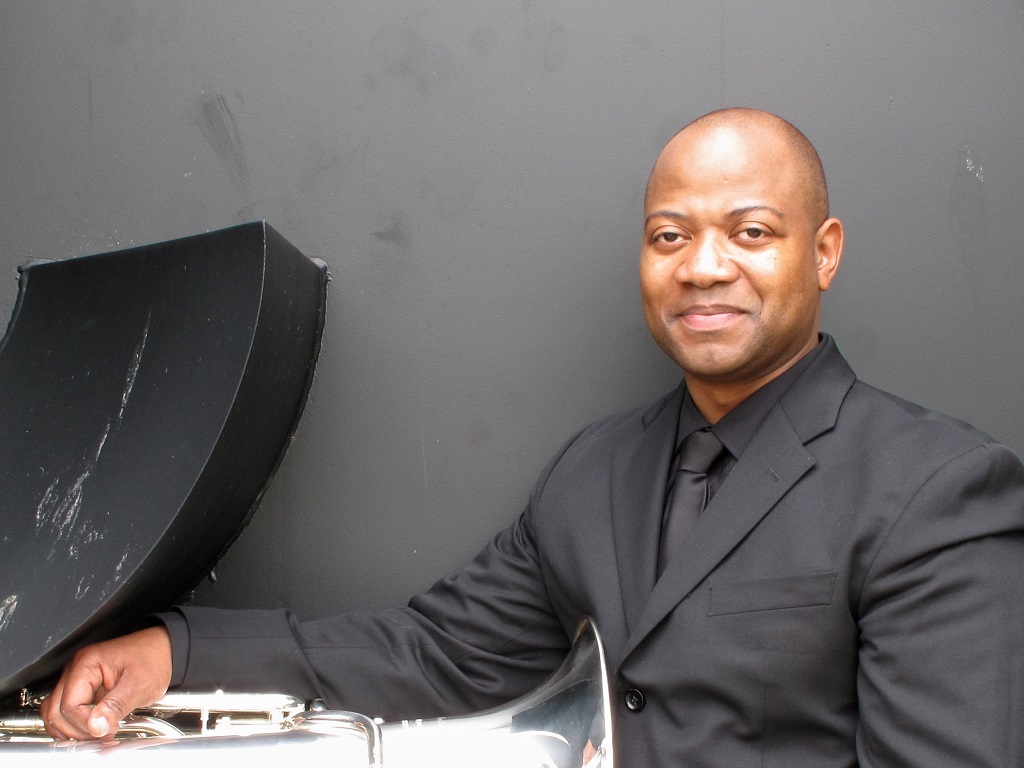 James is a native of Lexington, Kentucky. He has completed course work towards the Doctor of Musical Arts degree in Euphonium Performance with an emphasis in instrumental conducting at the University of Kentucky in Lexington. He received a Master of Music Degree in Euphonium Performance in 1995 from George Mason University and a Bachelor of Music Degree in Music Education from the University of Kentucky in 1993.

He was principal baritone of the Lexington Brass Band and a featured soloist with the band at the Mid-West International Band and Orchestra Clinic in 1997. He has also performed as a soloist with ensembles at both the University of Kentucky and George Mason University. Jackson is a founding member of the Kentucky Horse Park Four Horseman Tuba Quartet and the Concord Tuba-Euphonium Quartet and Alchemy. He was a recipient of the Lyman T. Johnson Fellowship at the University of Kentucky, toured Spain as a member of The American Spiritual Ensemble, was the winner of the 1995 International T.U.B.A. Conference Tuba-Euphonium Quartet Competition, and the winner at the 1994 Leonard Falcone International Solo Euphonium Competition.

He has been a clinician throughout the United States at numerous universities, colleges and public schools. On December 31, 1996, Mr. Jackson accepted a position with the U.S. Coast Guard Band. Mr. Jackson is the Music Director and Conductor of the Waterford Community Band (CT), Music Consultant and Jazz Studies Director at the Interdistrict School for Arts And Communication/ISAAC (CT) as well as a private studio instructor. 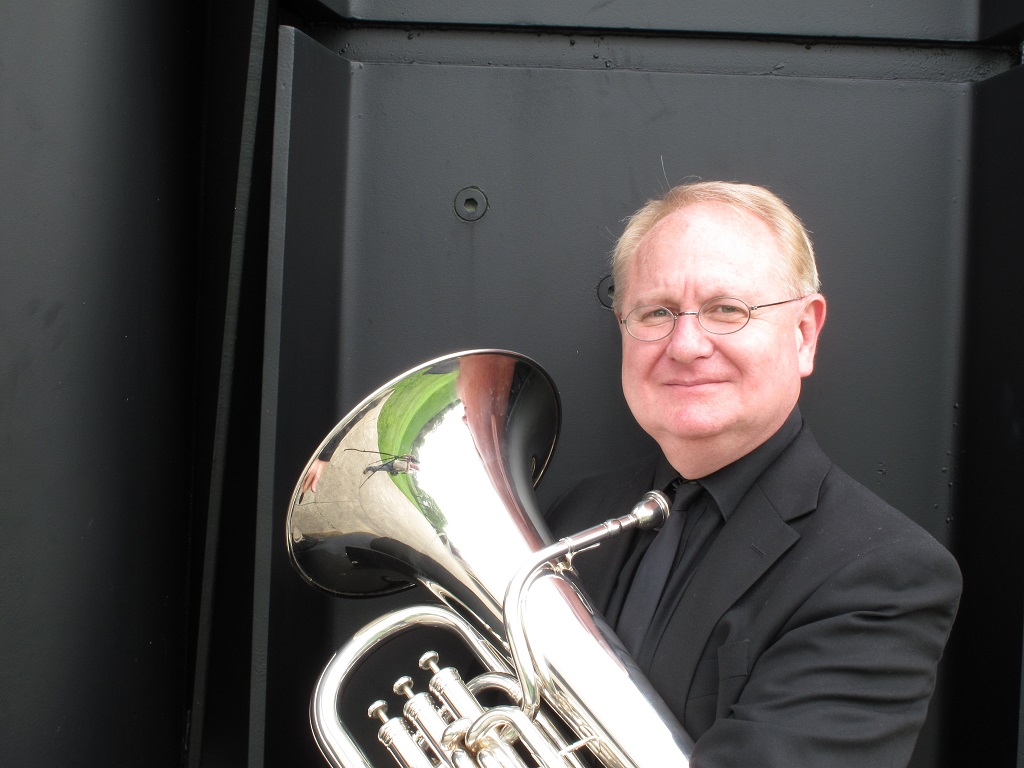 For 22 years Mr. Vinson was a member of The United States Coast Guard Band in New London, Connecticut serving as principal euphoniumist for 10 years. During his tenure with the Coast Guard Band he appeared as soloist on countless occasions and as featured soloist on three of the band’s CDs. He also appeared in recital and as a soloist with many high school, college and professional ensembles throughout the United States including with the US Army Orchestra in Washington, DC, combined military service bands in Norfolk, Virginia and Honolulu, Hawaii, and the American Band of Providence, RI.

Internationally he has appeared at the International Tuba Euphonium Conference in June 2000 in Regina, Saskatchewan, Canada and for six consecutive years at the Northern Germany Low Brass Workshop – two of those years with Alchemy. In July 2003 Dan performed with the National Symphony Orchestra of Ukraine as a part of the annual Horovitz Festival in Kiev.

Before leaving New England Mr. Vinson served as Instructor of Euphonium at the University of Connecticut for 10 years and as Instructor of Euphonium and Trombone at the University of Rhode Island for 11 years. He also taught numerous high school students in the southeastern Connecticut area and appeared as a clinician at many New England area high schools and state music educator’s conferences, the renowned National Music Camp at Interlochen, Michigan and at the Atlanta (Georgia) International Band and Orchestra Clinic.

Mr. Vinson’s artistry has inspired many composers to create new works for the euphonium including Lewis J. Buckley, former Director of the US Coast Guard Band, Ukrainian born Vyacheslav Timokhin of Rhode Island, and German composer Alexander Potiyenko, whose Concerto for Euphonium was performed with the University of Rhode Island Symphony Orchestra in February 2001. 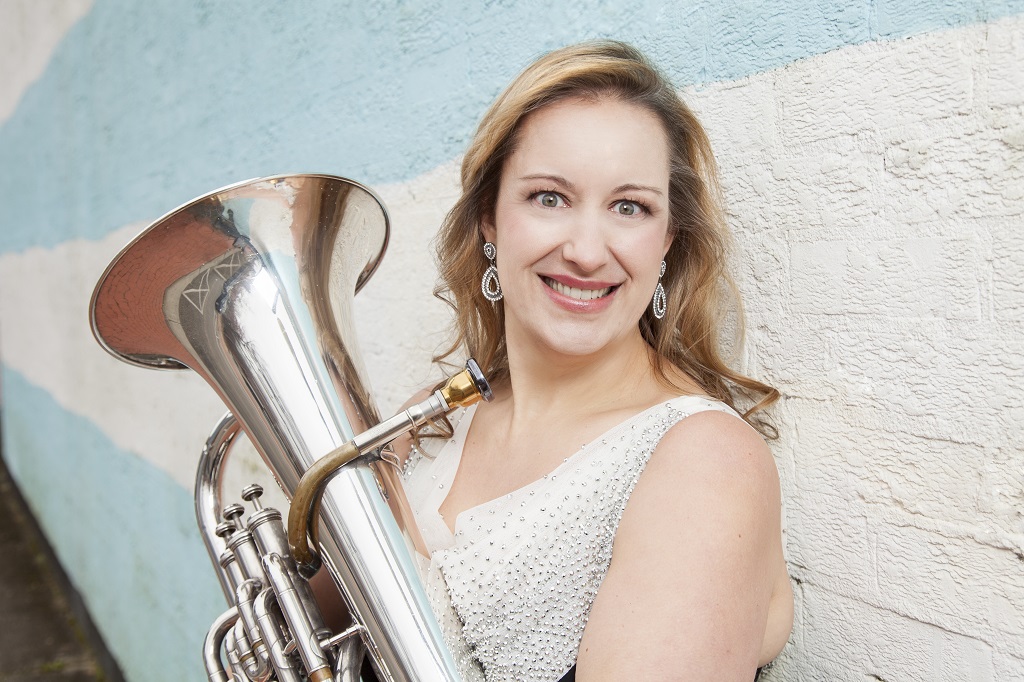